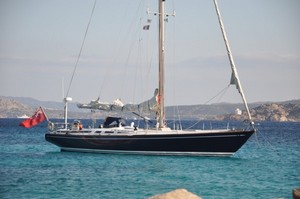 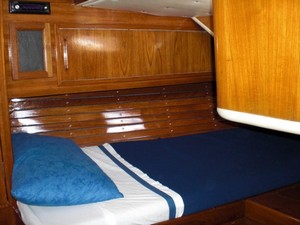 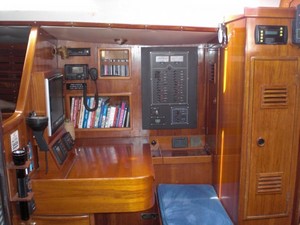 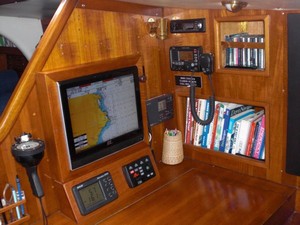 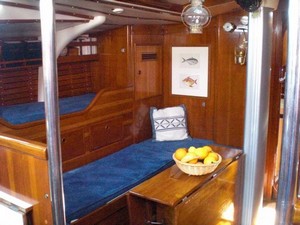 Gate valves and seacocks:     all serviced during last dry docking in 2016,

The rudder was removed in 2007: it was serviced and all bearings were replaced.

In 2006 the vessel had a full anti-osmosis treatment at Berthon Shypyard (Lymington UK): the antifouling layers were completely removed and two layers of epoxy West System were coated.

In 2009 the engine and the gear box were replaced, the whole cabling was replaced and the engine room was cleaned, reglassed and repainted.

The yacht was built by one of the most prestigious shipyard, Nautor Finland, and designed by the best known naval architect, Sparkman and Stevens, who conceived many other Nautor models, beyond the 48’, which was in any case one of the most successful ones.

As overall comment, this vessel represents a brilliant example of classic Swan yacht, well-preserved by its former owners and even more carefully preserved by its current owner, who, since the purchase some years ago, has been carrying out a steady refitting process, in order to keep the beauty, the integrity and the value of a vessel of this typle and class.

On the structural front, the materials and the building technology are extremely reliable, aimed to perform a safe and efficient navigation, particularly when well maintained over the years and this is the case.

On the aesthetic and comfort front, as already mentioned, all the refitting and painting works undertaken in the latest years allowed to keep a very good general condition and a long lasting commercial value.