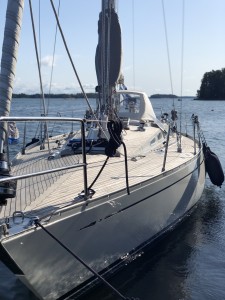 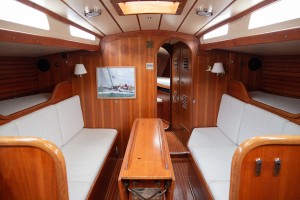 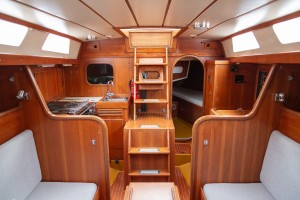 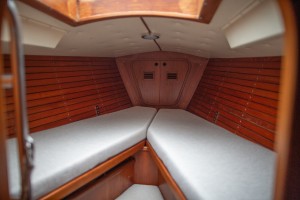 The latest overhaul has been made in Nautor's Swan authorized service center in Finland (D-Marin).

- painting the top-sides and deck superstructure

- re-chroming the winches and other fittings

- abrasive blast and painting of the pedestal.

Other notable areas that have been overhauled in the past few years are:

New led lights in the saloon and cabins

All of the cushions and mattresses renewed

New stylish taps in the toilet and in the kitchen

New teak deck, painting of the deck superstructure and the top-sides

Painting of spinnaker poles (made from carbon fiber)

Abrasive blast and painting of the pedestal

Change of the glasses on the deck hatches and side windows

Overhaul of the mainsheet traveler

New elk skin on the wheel