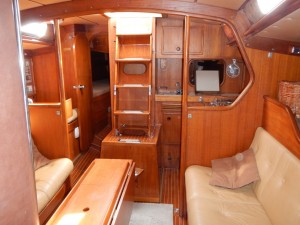 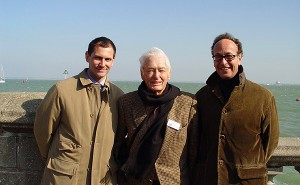 In every details you will check you will see this is a very special boat, a boat with a soul; she is now looking for next Owner, someone who will be able to keep and sail her as all previous (and current) Owners did. An do love her, because she deserves to be loved.

Oracabessa (winner of the Best Maintained Swan in 2005) is one of the most beautiful and best maintained S&S Swan 411 presently available.

Her first owner was a keen sailor and racer, and wanted a semi-custom S&S Swan optimised by Rod Stephens himself. Under his ownership she won three separate Rolex Swan Cups.

Her subsequent owners Stefano (co–founder of the S&S Swan Association) and his wife Valeria Cioni throughout their 15 year ownership lavished much time and money on her. Most of the work done was by professional shipwrights.

We were very fortunate to purchase Oracabessa in 2016, and have continued to up-grade her.

New Teak Deck by Cantiere del Carlo in 2010 (one of the best in Italy. They used a 30 year old dried original Burma teak tree of the same quality originally used by Nautor – with a thickness of 22mm) The deck is still in as new condition with very little wear (2021)

New Harken track and battcars on the mast - 2015

These improvements have been made by current Owners to Oracabessa from 2016 - 2021 inclusive:

Raymarine series 3A gps/plotter outside on the pedestal - 2015

We also still have the original cowls/windows/main switch panel/main sail track and blocks which will go with the boat.

Reluctantly for sale for a good reason.